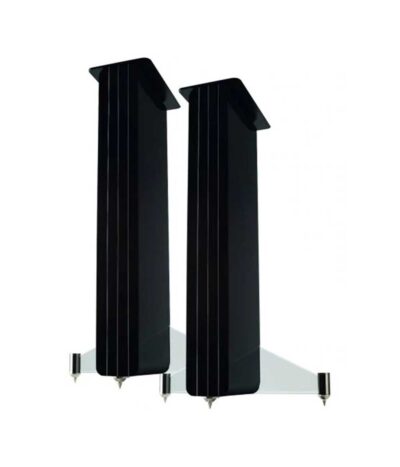 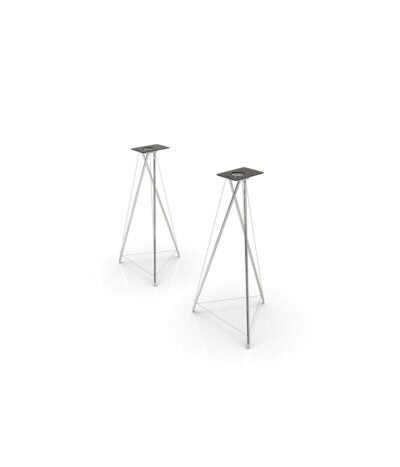 The world’s best speaker stands, now available for use with many more speaker brands. Since its founding in 2006, Q Acoustics has built an unrivalled reputation for designing, engineering and manufacturing innovative, high-performance and class-leading loudspeakers and matching speaker stands. Sometimes you need to make a stand to exceed all expectations. Ideally, the only vibrations a loudspeaker produces are the ones required to generate its sound. Of course, it’s not possible to entirely get rid of unwanted speaker cabinet vibrations that can interfere with its performance – but, as Q Acoustics has demonstrated with tensegrity speaker stands, it is possible to keep cabinet vibrations to an absolute minimum in order to deliver entirely uncorrupted sound. And it’s the design of the new Tensegrity speaker stand that allows Q Acoustics to redefine the level of performance that’s possible from a smaller loudspeaker.

Tensegrity is a tripod – by definition, an extremely stable structure. It’s built from lightweight aluminium tubes (which are the load-bearing element) and thin stainless steel cables (which maintain the position of the load-bearing tubes). The result is a light, exceptionally rigid and self-supporting structure with a remarkably low surface area and – let’s not pretend otherwise – beautifully elegant appearance. It’s not so much a speaker stand, it’s more an entirely new loudspeaker support concept.

Unlike most other speaker stands, Tensegrity stand has an extremely low surface area, which reduces re-radiated sound to virtually nil. Below, you can see the comparisons between different type of speaker stands. But, of course, it’s of little consequence how efficient your speaker cabinet is, or how ingenious the design of the stand it works from, if the union between the two is unsympathetic or inefficient. Q Acoustics joins Concept 300 speaker to Tensegrity stand with the new isolation base suspension system, which is about as sympathetic and efficient as it gets.

The entire mass of Concept 300 is suspended on the four springs of the newly developed integrated base plate. This isolation base system works in multiple ways: it prevents energy from the speaker leaking into the Tensegrity stand and affecting the sound, it prevents vibrations for the floor making their way from the stands into the speaker, and in every circumstance it provides a rigid coupling between speaker and stand.

Thanks to the combination of Tensegrity stand and isolation base suspension, the performance of Concept 300 is entirely unhindered by internal or external influences.